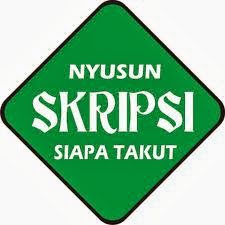 Some factors affecting student speaking ability a case study at the second years student of SMP.

A study on the interference of Makassar Vowels prnounciation towards the pronounciation of English vowels.

The Effectiveness Of Schemata techrique in increasing students speaking ability: A case Study at the Second Year Student of SMA.

The Student Errors In Punctuation Marks In Writing: A Case Study at the second class student of SMP.

Some Factors Affecting student speaking Ability: A case study at the second year student of MTS.

An analysis of deductive inductive paragraph in the english in The Jakarta Post.

The Implication of students ability in reading english texts the second year students of SMP.

A Study on the problems of developing reading skill by the students of SMA.

Semiotic analysis on the students’ speech based on gender.

The correlation between parents’ educational background with students’ ability in mastering english vocabulary .

The effects of using media (picture) to the primary students’ achievement in teaching vocabulary.

English and mandailing demonstratives and pronoun.

Students’ Problem In Forming An English Sentence Based On The Maxim Of Quality And Maxim Of Quantity .

The effect of audio-lingual method on the students’ achievement in learning plural noun.

An analysis on the politeness in indonesian adress system .

An analysis on the students’ ability in studying english sentence classification.

The students’ ability in identifying antonims in scientific texts.

The effect of using environmental technique to the students’’ achievement in learning vocabulary.

Students’ abilirty in answering oral test based on gender.

The Correlation Between Using Words Category Method And Students’ Achievement In Learning Vocabulary.

The students’ difficulties in distinguishing between adverbial phrases And preposition

The Students’ Ability in Understanding Pragmatical Meaning of Proverb

The Students’ Ability In Differentiating Utterance And Sentence In Short Story

The Students’ Ability in Getting Conclusion from Argumentative Paragraph

Students’ problems in the teaching and learning of ESP reading materials

The effect of communicative approach on the students’ achievement in learning English genitive case.