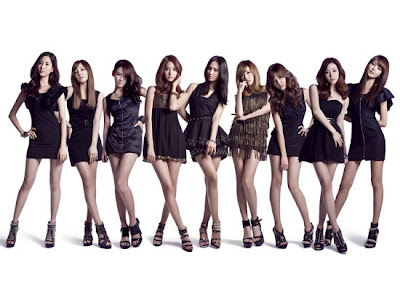 The group's debut single, Into the New World (다시 만난 세계), was released on August 2, 2007. Their single consist of 3 tracks and 1 instrumental. Their second track "Beginning" was a remake of the "2 blocks down" by the popular Swedish girl group Play. Their debut performance on SBS's Inki Gayo aired three days later on August 5.
After the promotion of Into the New World, the girls started to promote their first album with the song Girls' Generation (소녀시대), a cover of Lee Seung Chul's song. The last performance aired on KBS 2TV Music Bank, with the girls using the outfits they used on the cover shooting of their 1st album. Their third MV featured Donghae as the main character, as the girl's lover with the song, Kissing You. The first performance aired on SBS Inkigayo on January 13, 2008. SNSD (So Nyuh Shi Dae) Profile.
Then in March 2008, a repackaged version of their first album was released, called Baby Baby, featuring a song of the same name. An MV was released featuring footage from behind the stage of the making of the Kissing You MV. Promotions for the first album have finished and they are currently working on their second album.
Member SNSD: